MANILA, Philippines – In media and casual conversations, the terms “magnitude” and “intensity” are often interchanged whenever the severity of a quake is discussed.

Thus, to help Filipinos start being earthquake-smart, DMCI Homes asked engineers Brian Tan and Ronald Santiago to sort out the myths from the facts.

Tan holds a Master of Science degree from Massachusetts Institute of Technology, with a specialization in geotechnical engineering, and taught graduate level course in earth structures at UP Diliman where he earned his doctorate.

Santiago, for his part, is the managing partner of Macro Consulting Structural Engineers, a trusted structural engineering firm involved in earthquake engineering, structural inspection and investigation, and civil works engineering.

“Magnitude is a measure of how strong the earthquake was in terms of energy. So for a magnitude of 6.9, a scientist would know that’s more or less equivalent to so many atomic bombs exploded,” Tan explained.

Santiago, meanwhile, said his team is always asked about the maximum earthquake intensity that a building can withstand. He said the country’s present building code does not specify this, but our structures are designed based on code requirements that have redundant safety factors.

“Our current code, which is the National Structural Code of the Philippines , is based on the Uniform Building Code. Our buildings are designed to be on the conservative side, both in terms of performance and codal analysis, which is actually safer.”

Tan also said there is no such thing as an earthquake-proof building. Well-designed and constructed buildings, however, may be called “earthquake-resistant.”

Both experts also dispelled other misconceptions such as Japan’s building rollers being touted as providing the best ‘earthquake-proof’ option. Tan corrected the misimpression and mentioned that there is a maximum height that a building can use roller bearings. “Of course it would lessen what you feel but then you don’t need to have it to be earthquake-resistant.”

Tan mentioned the 2004 Metropolitan Manila Earthquake Impact Reduction Study that considered the potential effects of a major earthquake in Metro Manila. He explained that the worst affected will be those whose homes and buildings that were built haphazardly, which is why the report emphasized the importance of properly-engineered buildings. “I think the point is that it’s really all about design and construction.”

“Unlike other real estate firms, DMCI Homes as a builder-developer  performs civil, structural and architectural works of the projects in-house,” said Gerry Ancheta, DMCI Homes VP for design and engineering.

Before acquiring land for development, a soil investigation is conducted first. Results are then passed on to renowned geotechnical experts like Tan, who will recommend the capacity of the soil to the structural designers like Santiago. Philvocs certifications on fault line distances and NSCP guidelines and provisions are of course, mandatory considerations. In addition, all high-rise residential developments of DMCI Homes are reviewed by third-party consultants abroad who work with the local engineers on record. All these form the basis of the structural design of the buildings within DMCI Homes developments.

DMCI Homes, part of the DM Consunji conglomerate well-regarded in the industry for its almost 60 years of pioneering construction achievements and world-class engineering, assures home seekers and its residents that the company performs thorough evaluation before even coming up with a plan for every project.

“At this point when people are more anxious in choosing the right investment and value for hard-earned money, it’s really a matter of trust and relying on reputation,” Tan said. 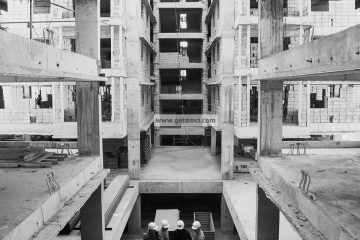 DMCI Homes is the first developer to receive Quadruple A license