With a solid and well-kept background in the construction industry, DMCI Holdings kick-started its bid for the real estate trade with the creation of DMCI Homes in 1999. Now, the Consunji-led conglomerate’s housing division is set to leave a lasting mark on the city, with over 40 projects scattered throughout the Greater Manila Area alone.

DMCI Homes very quickly found its niche among the country’s leading property developers, cornering the market on resort-style residential developments. So far the company has seen an 81% improvement in profit performance for the first quarter of 2012, translating to P405 million in net profits. Housing sales also increased to a robust P1.7 billion, growing by 51%. The local BPO boom has certainly helped, with foreigners now comprising 41% of DMCI Homes’ residential leasing clientele.

As always, DMCI Homes upholds its high standard for excellence by engineering prime locations with first-class amenities and family-friendly living spaces. Among the company’s largest undertakings is Acacia Estates, a budding Taguig township encompassing over 80 hectares and six themed medium- to low-density communities. The year 2013 marked a significant progress in the construction of 12 projects elsewhere in the metro, including The Amaryllis in Quezon City, Sorrel Residences in Manila, Flair Towers in Mandaluyong, and Maricielo Villas in Las Piñas.

DMCI Homes prides itself on its strong community values, geared towards building and providing ideal homes even for underprivileged Filipinos. Under the DENR’s Adopt-An-Estero program, DMCI Homes has signed on to assist in the much-needed rehabilitation of Makati’s Pasong Tamo River. The company also entered a partnership with the District 3830 Rotary Homes Foundation and CFC ANCOP Tekton Foundation, bankrolling a P12-million housing project for Parañaque’s informal settlers. 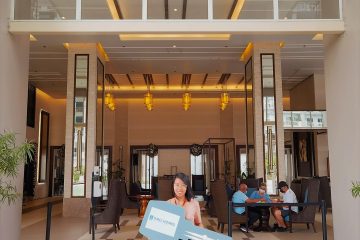